Formula Fluffy Slime make yourself according to recipe - Calculate Now

No sooner have the little ones banished their dolls and plasticine from their nursery than this substance makes its way into it: slime in all colors and variations. Whether fluffy, glittery or unicorn slime, this gel-like mass is currently one of the most popular means of employment for children and young people. But what makes a good slime? How can you recognize it and how can you make the perfect slime yourself? On this topic, countless instruction videos and tutorials can be found on youtube.

How to make slime video

How can you recognize a perfect slime?

A good slime can be stretched, pulled, kneaded and wrapped around your finger without sticking or leaving residue. It feels slightly moist, but is not wet or sticky. The ready-bought slimes we remember from our childhood are now obsolete, as they are not only quite expensive, but also do not allow for any design options in terms of color, consistency and scent. So it's no wonder that slime sets are just as trendy as the ingredients and accessories for making slime yourself.

Whether glitter, beads or sequins, fragrances or clay for modeling - the possibilities for spicing up slime are endless. Containers for storing the finished slime variations also make the hearts of every slime fan beat faster.

Which glue is suitable for slime?

The basis for any good slime is the craft glue. This must necessarily be free of solvents and BPA, but contain PVA (polyvinyl acetate). PVA is a soluble plastic. It is contained, for example, in wood glue from the hardware store. So-called vinyl adhesives also contain PVA. Since this ingredient is often not listed as an ingredient on the glue, it is often difficult to determine whether the existing glue is suitable for slime.

The easiest way to find out is to allow a small amount of the glue to dry: If the glue, which was white when liquid, becomes transparent when dry, it is PVA-containing glue. Since a handful of slime requires about 100 grams of craft glue, it is a good idea to purchase a slightly larger stock of the glue right away, especially if you plan to make several slimes.

How do you make the perfect slime?

If this glue now comes into contact with borax, this chemical compound causes the glue to clump together. Borax is a mineral from the mineral class of borates and consists of 11.3% boron - a trace element that is found in food supplements abroad, but is not available over-the-counter on the German market. However, borax is also present in contact lens solution in small quantities, so that contact lens combination solutions, for example, are suitable for the production of slime. Some liquid detergents also contain borax. 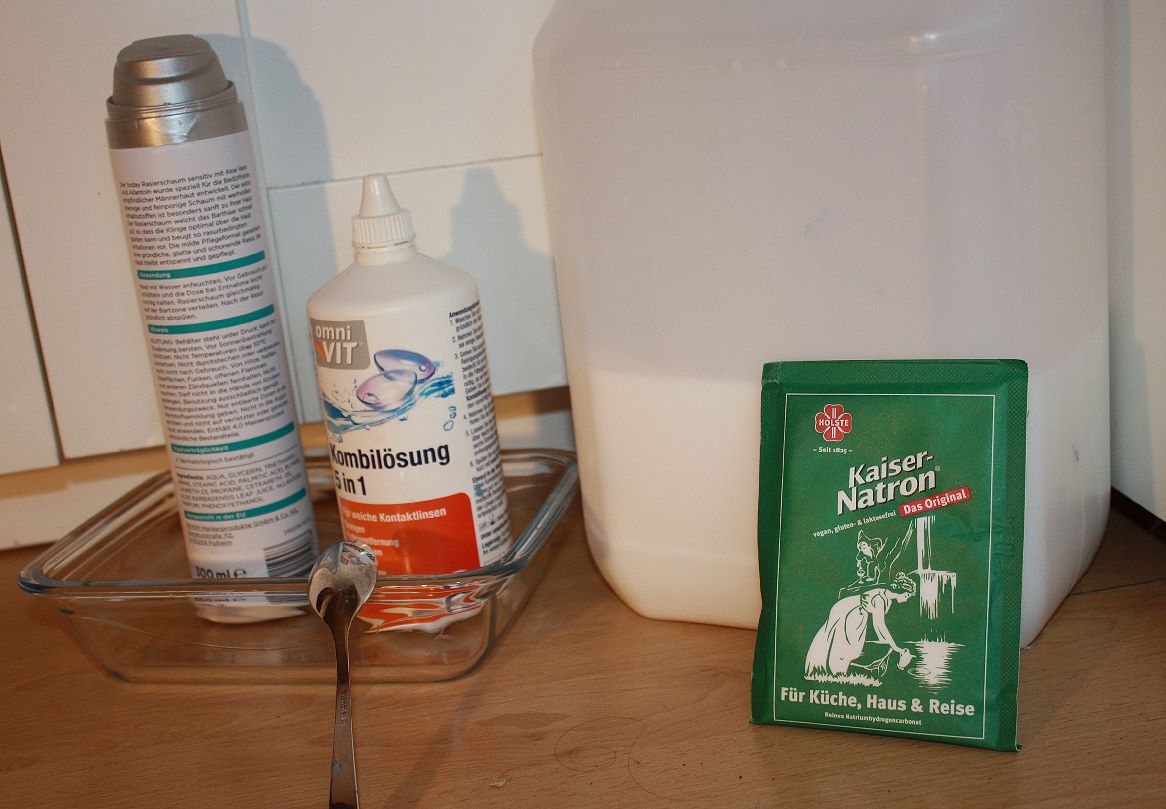 What happens when the slime components are mixed together?

To start the chemical process, the glue is stirred with the contact lens solution until the mass separates from the bottom of the container. Shaving cream is also among the popular slime ingredients, but it is not a must. Adding shaving cream to the mixture makes the slime more airy, creating what is known as Fluffy Slime. Food coloring, fragrances and other components can be added as desired to change the look and smell.

How much does it cost to make slime yourself?

Our online calculator makes it easy to calculate the cost of homemade slime. The price of the glue is variable, of course, and also depends on the package size you choose. While a 100 g bottle of craft glue, which is just enough for a palm-sized portion of slime, costs about 4 €, the price for a 2 kg canister of glue is about 8.00 €, so that 100 g only cost 0.40 €.